In the modern world of gender equality, human rights and freedom some places still exists where women are regarded as burden by own family and relatives. She is compelled to leave her parents and get married with a man regardless of her feelings and emotions. She marries a man compromising to find a hope of happy and secure life to whom she has barely known but unfortunately her life ends up with mental torture and physical harassment, everyday becomes harder and unbearable.

This is a story of Uma Bista, 31yrs, born in Palpa. She is the youngest member of her family among 4 elder brothers and sisters. In spite of her sufferings and struggle, she is very courageous, strong and hardworking person. Being raised up in the marginal farmer family in a small village of Palpa is not that easy but still she was happy with her family and friends.

As the time passed by, she grew older every year so as the pressure of marriage. Culturally in Nepal, women are deemed to get married at early twenties. If they failed to get married they become the centre of gossip and shame for the family. The same curse be fell in Uma’s life and she was not ready for it. She says –“I feel everybody is unhappy because of me, I decided to get married with the man who I barely know for the sake of happiness of my parents.”

At the age of twenty seven, Uma married a man chosen by her elders and parents hoping for a happy and a beautiful married life and love. But she was unaware that the scariest nightmare of her life was waiting for her to hunt.

Uma was startled by the strange behavior of her husband. She had to work by herself for the living. Her husband was jobless and he was comfortable to live by her earnings. Uma not only have burden of living but she had to face physical and mental torture by her husband. He used to quarrel and use harsh words for every trifle matter. She was nothing but just a sex toy for pleasure to him and above all she was treated like a maid who had to work hard and take responsibility for his living too. Sometime, he even tortured her physically and mentally being sexually unsatisfied. Every day was a nightmare for her. She was never loved and cared, she was not treated as a wife. Eventually, after four years of tough and complicated relationship she had no choice but to end her marriage without any regrets. She decided to struggle alone to live an independent life in the crowd of discrimination, poverty and injustice. Moving forward to overcome her depression and earn for living she found “Higher Ground” where she was given counseling and skill development training.

More of our Stories 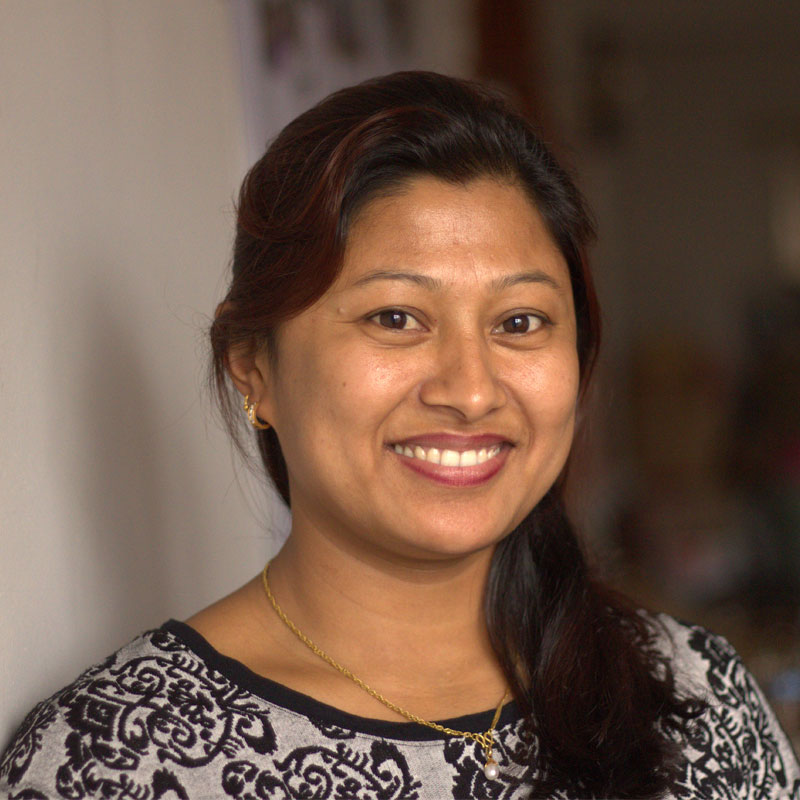 This is a story of Durga Maharjan, 35.